It’s a winding thirty-five-minute drive from Palm Desert to the new art mecca in the Palm Springs area, Yucca Valley and Joshua Tree. That morning I met with the mid-career artist Michael McCall and Executive Curator of the Yucca Valley Visual Performance Arts Center.  McCall works in several mediums: painting, sculpture, photography, performance, and conceptual art. He has a quick wit, a spiritual nature, and a rebellious belief in the “freedom to create, to challenge the rules and relish the journey.”

I hope you enjoy reading about the talented artist Michael McCall.  Enclosed find the edited interview.

You were born in Hickory, a small town of about 30,000 in North Carolina. Were you exposed to art or interested in art as a child?
McCall: I was always drawing, and I was always tweaking things. I needed to learn how things worked and there was always something that intrigued me.  When I was in first grade, I would fold paper and cut designs in it, folding, and unfolding the paper until it would become this “thing”.   I remember a time in first grade when my teacher took me to a sixth-grade class to show them what I was doing.  Hey, I was a first grader standing in front of a sixth-grade class and I said to myself, “This is pretty great!”
You moved to Florida when you were five or six years old, but your family returned to Hickory again when you were a teenager. Tell me about that time in your life.

McCall: We moved back to Hickory when I was in high school.  By that time, I was making charcoal drawings and I was confident in my ability to draw.  I took art classes from a North Carolinian artist, John Brady, who was a local western artist who was indicative of many painters in the area that painted landscapes, but he did it with a flare and in an interesting stylized way that became a big influence on me.

You attended the University of North Carolina at Chapel Hill in the 1960’s. The world was in turmoil in the 1960’s…what was college life like at that time?

McCall: North Carolina was a very conservative state, but Chapel Hill was known as “Commie Hill”.  It was the beginning of sex, drugs and rock and roll.  Disobedience at school was part of the college experience, with students shutting down the administration and protesting. For guys who did not want to go to Vietnam, it was a time to make a choice. The draft was part of our lives and it was time to decide… are you going to Canada…or are you going to do something else? I was proud of those that spoke up against the war.

Your parents were obviously concerned about you making a living. Did you have to work in other occupations besides art to stay above water?

McCall: Oh yes, always. At one time I made a list of all the jobs I had in my life, from dump truck driver to shoe salesman.  All of these jobs were a way to give me enough money to spend time in the studio. Of course, that money was used for materials and if I was lucky enough to to sell a piece of art…it felt like a gift.

I find your artistic interests to be quite broad. Do you agree?

McCall: Yes. I am eclectic and I have a lot of areas that interest me, but that can work against me. 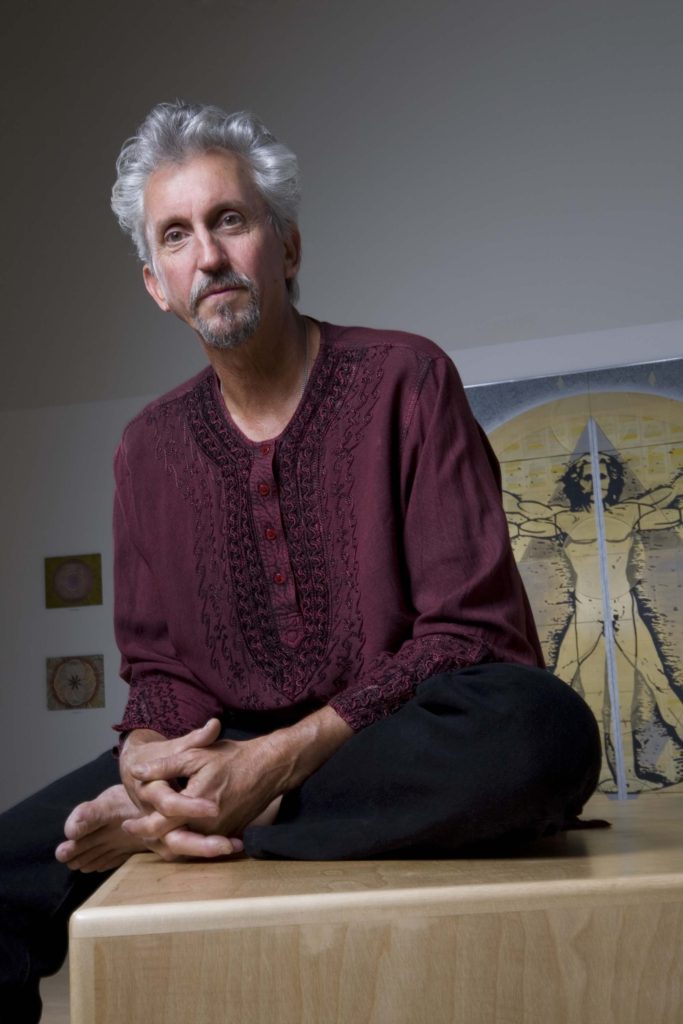 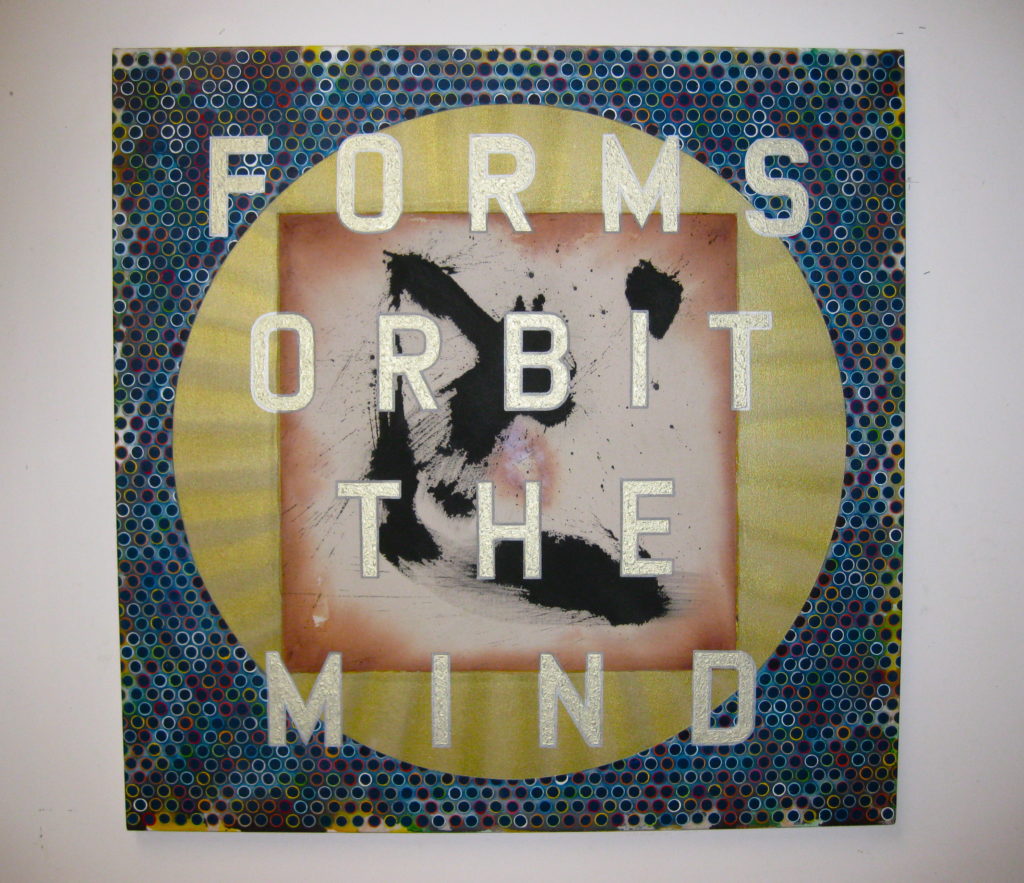 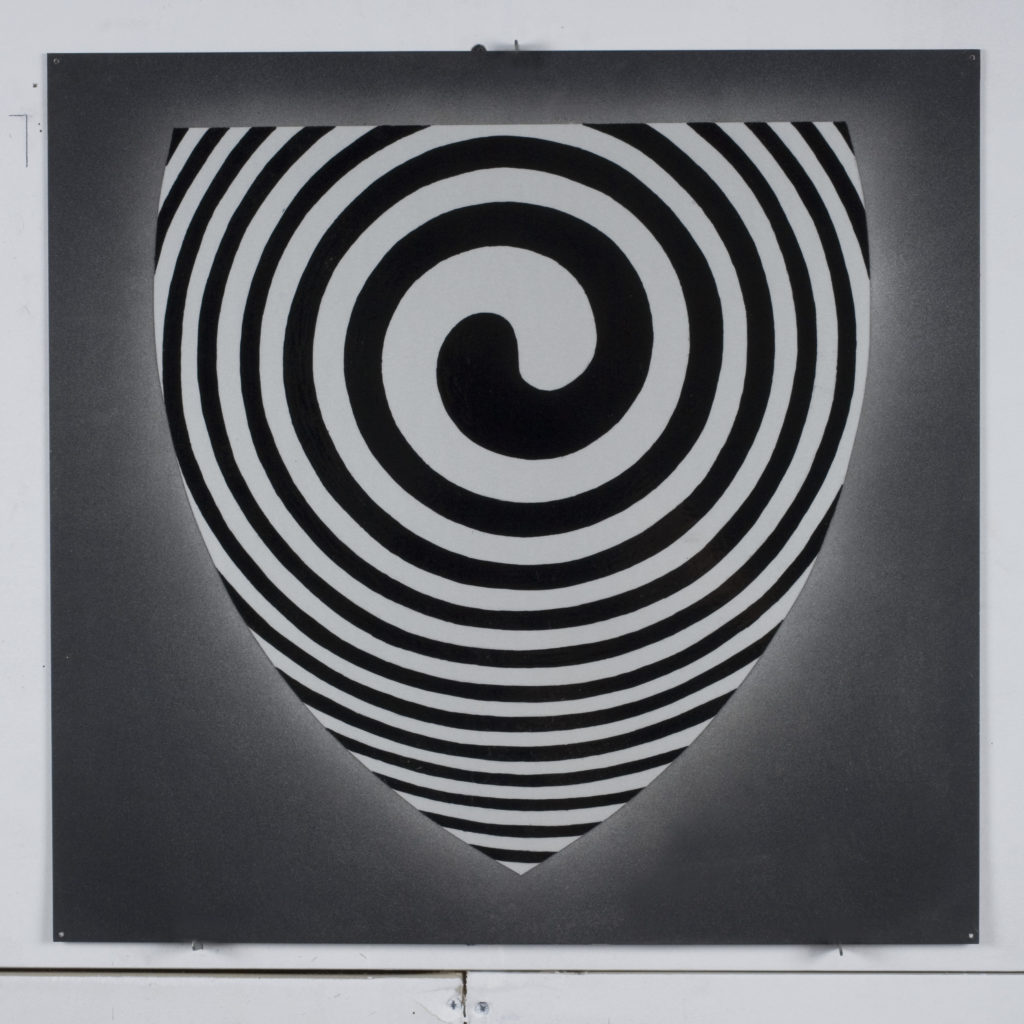 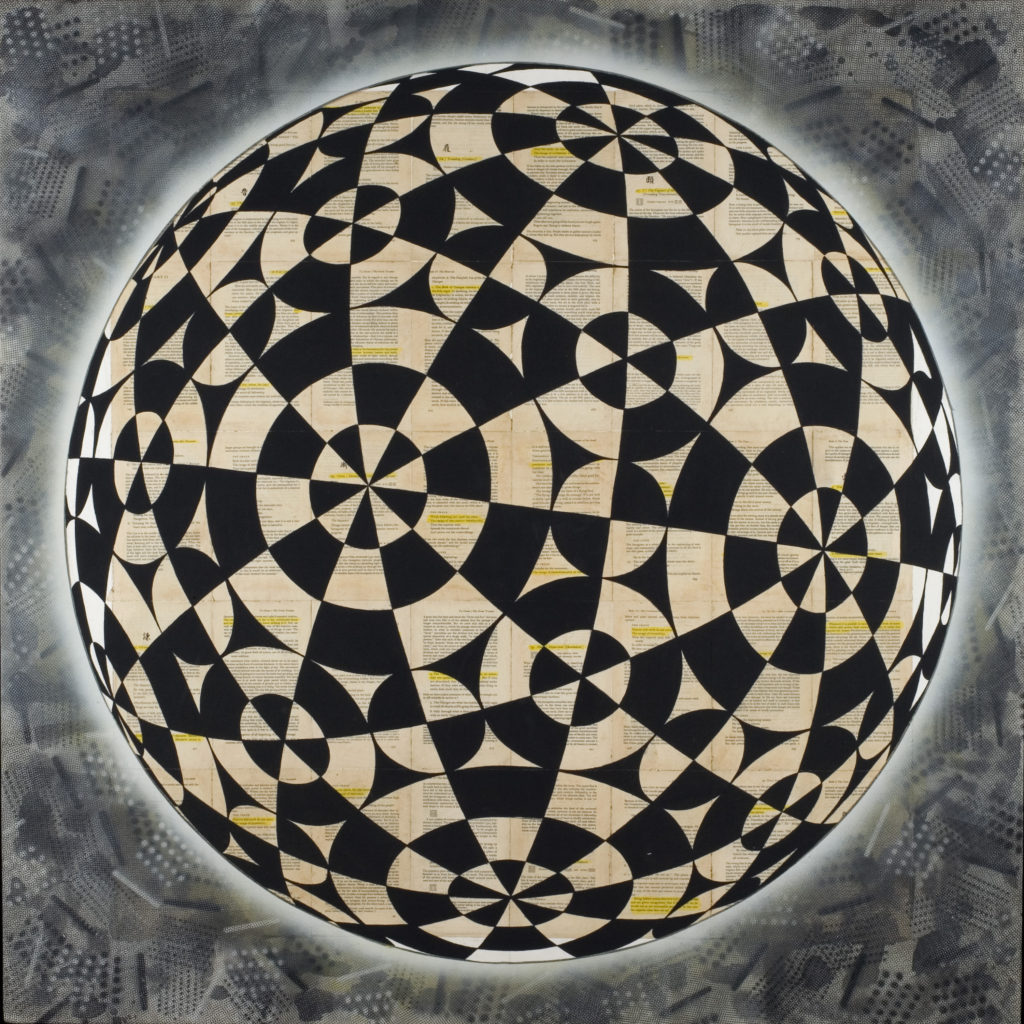 McCall: Well for the most part, art careers are built on branding and logo recognition, so to change or to go against that grain does not always work well. Also, an artist knows if something sells once, it can be made again. And then, that becomes the dilemma of selling art.  Artists and those who are artistic by nature, desire freedom; freedom from everything.  If you have that in your spirit, you want to be free, but, if you must keep making the same thing…for me, that would just be boring.

I addressed this in an art manifesto I wrote entitled “Neo-Nitwittism”, which posits that when artists are doing their most serious work and it all becomes too serious, they will often wander off into another part of the studio and just “diddle” or just make something else.  A lot of experimenting goes on in that other process that can go back into the work if you allow it.

Going back a bit, tell me about what you did after Chapel Hill…Where did you do your graduate studies?

McCall: I graduated from the University of Illinois at Champaign-Urbana, completing my undergraduate and graduate work in six years. I wanted to get my master’s degree because I thought teaching was where I would go.

At 28, McCall was married briefly to a young artist and photographer, Joan Hackett.  They met in graduate school and together became a part of a group of artists, musicians and photographers who gathered in Key West, Florida to immerse themselves in art.  McCall’s idea was to create a speakeasy bar called “The Tentacle Room”; a place not only to network, but a place that allowed him to shed his six years of structured academia and explore his new artistic primitive direction.  He was given the nickname Captain Squid, and his memoir, which is scheduled to be published in 2020, is entitled Captain Squid and the Tentacle Room.”

In 1977, McCall went to the Yucatán and explored the archaeology of ancient civilizations.  In the Mayan archaeological sites, he did rubbings from stone carvings and in Tulum he created his first sand painting.  Years later his sand paintings would become the centerpiece of major art events with some sand paintings as large as 60 feet.

In the 1980’s McCall married his second wife, Andrea McCall (they are now divorced) and with whom they have a daughter Natalie.  He spent the majority of his art-making career living in Los Angeles where his work centered around what McCall, describes as the development of communication from gesture to icon, often using elements from Chinese philosophy and mysticism. Always a student of symbolism, in a 2004 interview with McCall, Walter Hopps (1932-2005) an American museum director wrote, “McCall has been the first artist I know of to make beautiful image paintings of the I Ching symbols.  I don’t know another artist who has done that.”

You spent most of your career in LA. Tell me about that.

McCall: There were some great things about Los Angeles but, as it became more and more expensive and more crowded with more cars. it stopped being fun.

What prompted you to move to Yucca Valley?

McCall: I wanted to get out of Los Angeles and, I was just thinking about this recently, 2015 was a pivotal year for me. I had just come off a performance piece in Key Biscayne during Miami Basel in late 2014.  It was a conceptional curatorial project that later developed into The Pearly Gates Collection, which was a tribute to my friend and mentor Walter Hopps.  It was also about the same time I met Reverend Michael Beckwith whose spiritual guidance has been a major influence in my life.  One evening about that time, I went to a party in Palm Desert and met someone who asked if I had ever been to the Joshua Tree area and we went up there together.  I can remember the sun was setting and the whole place being just amazing.  I kept thinking about it and I kept coming back to the area. It took me about two and half years to pull it together until I finally moved there.  There is magic in the high desert and I am lucky to be here.

You know my interest is in artists and aging. You are very busy, as an artist and curator and soon to be touring with your upcoming book, how do you deal with the physicality of all that you are doing?

McCall: As I age, I work smarter.  Getting older only matters in that physically you cannot do certain things you used to do.  But there is great wisdom that comes from experience.  You always say, I wish I knew this earlier, but it happens when it happens. I have suffered from depression but when I meditate and do the things I should do, things flow.

Do you have a spiritual practice or any particular routine?

McCall: I get up early in the morning except when I have worked in the studio late the night before.

Does that happen often?

McCall: Lately, yes, because I am working on a painting.  I spend a great deal of my time curating shows, fundraising, and assisting other artists in their careers.  Finding time for my own work can be frustrating but I keep working. I am working on a large project right now.

Michael, if you were to give advice to the young artist Michael McCall, what advice would you say to him?

McCall: I would say, give it your best shot; persevere and do not let anything stop you.  That is always how it has been for me!

In November 2017, McCall was hired by the Hi-Desert Cultural Center of Joshua Tree as the Executive Curator for their annex, the Yucca Valley Visual Performance Arts Center.    He is represented in the Coachella Valley by Melissa Morgan Fine Arts in Palm Desert and he will be included in a show there this coming 2020 season.  Watch for his just released book, “Captain Squid and the Tentacle Room” coming out in 2020.